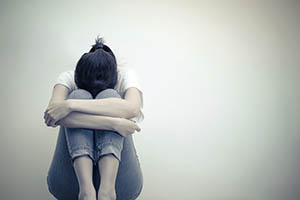 Young people are particularly susceptible to mental health problems. They are exposed to a greater range of potentially stressful situations than in previous generations, and have had less time to develop coping strategies. Older people are also more vulnerable in modern society. Depression affects around 22% of men and 28% of women aged 65 years and over, yet it is estimated that 85% of older people with depression receive no help at all from the National Health Service. Loneliness is a particular problem. 17% of older people are in contact with family, friends and neighbours less than once a week and 11% are in contact less than once a month.

In England, women are more likely than men to have a common mental health problem and are almost twice as likely to be diagnosed with anxiety disorders. However, men are more likely to commit suicide. In 2014, 6,122 suicides were recorded in the UK for people aged 15 and older. Of these, 78% were male and 22% were female. Suicide is the most common cause of death for men aged 20-49 years in England and Wales. The female suicide rate in England is though at its highest since 2005.

Poor mental health causes falls in productivity and increases in demand for health care.In 2014/15 stress accounted for 35% of all work related ill health cases and 43% of all working days lost due to ill health. People with a mental illness are almost twice as likely to die from coronary heart disease as the general population, four times more likely to die from respiratory disease, and are at a higher risk of being overweight or obese.

However, mental health is still seen as less important than physical health by the UK government. In March 2015, research by Community Care and BBC News found that the funding for NHS trusts to provide mental health services had fallen by 8.25 per cent, £600 million, in real terms from 2010/11 to 2014/15. Many schools do not treat this issue seriously enough and health services cannot cope with the demand from young people. 70% of children and adolescents who experience mental health problems have not had appropriate interventions at a sufficiently early age. 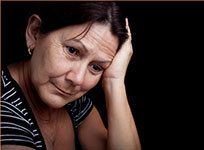 e attitudes have to change as by 2030, it is estimated that there will be approximately two million more adults in the UK with mental health problems than there were in 2013. Organisations that continue to ignore mental health issues will find themselves becoming increasingly uncompetitive, and the UK itself will struggle to compete against countries with healthier populations.

There is cause for hope. More people feel comfortable discussing mental health. The number of people acknowledging that they know someone close to them who has had a mental illness increased from 58 per cent in 2009 to 65 per cent in 2014. Young people find it easier to recognise problems and report concerns than in previous generations. There is increasing awareness of the importance of maintaining a sense of wellbeing.

There is still, however, a lack of understanding of the causes of anxiety, stress and depression at a personal level. In particular, the medical profession's general lack of knowledge of how these states relate to personality means that many people lack valuable tools which they could use to diagnose and manage their causes. Cognitive behavioural therapy and midnfulness techiques go some way to remedying this. The Personality Revolution has, however, developed a model of personality that explains the root causes of anxiety, stress and depression, and empowers people to find pathways to wellbeing. See Our approach.